THE JOURNEY AND DESTINY
OF A CHRISTIAN:

100 Biblical topics for your
walk with the Lord

The Journey and Destiny of a Christian is written by Ted Matamis with a Foreword by Dr. James T. Hines. Ted is the founder of “A Spiritual Note from the Bible” which is an International Email Ministry.  The book presents 100 important Biblical topics for encouraging, comforting, teaching, inspiring, challenging, evangelizing, and helping in your walk with the Lord.

The author shares Biblical truths in practical ways that are easy to read, yet give quick edification. The topics are helpful in the discipleship of new Christian believers, but the short messages also serve to accelerate one’s level of Christian maturity to develop a Godly lifestyle.

Each message is doctrinally sound and a great source of Christian wisdom and knowledge for unbelievers to choose Christ over the world. They are a great source for the church, Bible study groups, Sunday school, personal, and family devotions. To learn more, go to A Spiritual Note From The Bible.com. 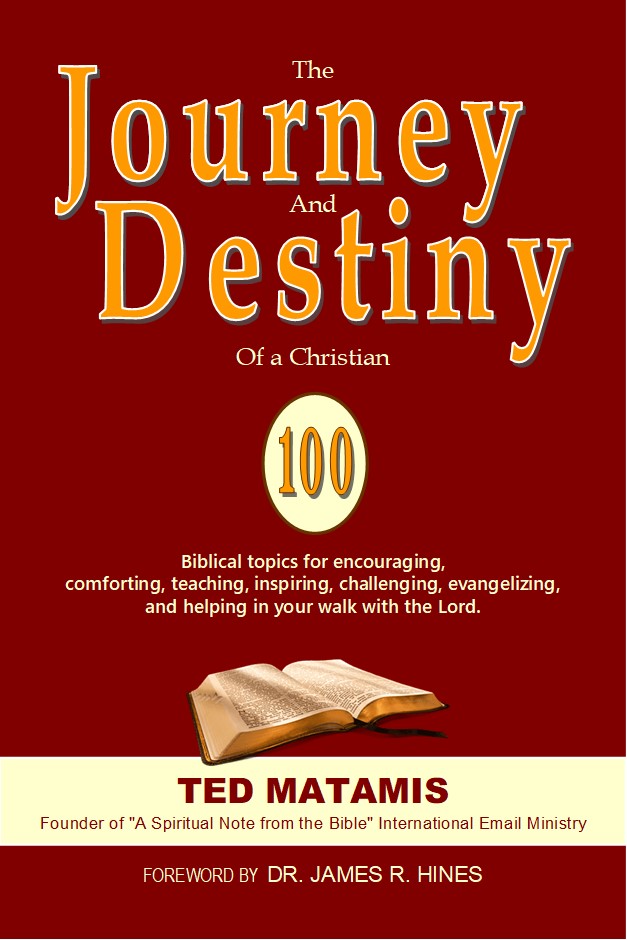 “Usually I find books and writing of a devotional nature rather dull and boring (I don’t know why) but this book, The Journey and Destiny of a Christian, is not like that. It is a wonderful and readable assortment of thoughts, quotations, and illustrations that are challenging, thought-provoking, and interesting, all at the same time…”

“Ted Matamis has drawn on his life-long love for the Bible and brings together these warm-hearted devotions that consistently point to our Lord Jesus Christ and show how His grace is sufficient for all circumstances.”

“In the book, The Journey and Destiny of a Christian, Ted Matamis has masterfully managed, through God’s enabling, to give us in a simple and comprehensive way biblical truth which is both Biblically sound and practical in its orientation.”

“There are many Internet websites and books which seek to glorify the Lord. I have found Ted Matamis’ SPIRITUAL NOTES FROM THE BIBLE and his book, The Journey and Destiny of a Christian, to provide a variety of research on various topics which feed the soul. It has given me ample food for thought in seeking the Lord.”

Paperback Version Of The Journey and Destiny Of A Christian

The Journey and Destiny of a Christian is without a doubt one of the most empowering and enlightening books for new Christians or believers seeking transformation according to Romans 12:2. It’s written by Ted Matamis and is based upon his popular email ministry, A Spiritual Note From The Bible. Each of the 100 topics included prompts and encourages readers to either surrender their hearts to Christ or to reassess their Christian commitment to live for Christ by changing thoughts, words, or actions to reflect God’s Word.

The book is well organized and a pleasure to read. It’s not preachy, but instead illuminates the variety of information the author shares including relevant scripture, Christian wisdom and knowledge based upon his ministry experience and his teaching of ancient Greek of the New Testament. He also shares exciting, inspiring and heart-warming stories and quotes from well-known Christians and inspiring Christian testimonies. Each topic or chapter is based 100 percent upon scripture.

One can see a clear path for following Christ throughout the book which offers a unique teaching approach for new Christians who are unable to find the leadership needed within their local churches after their conversion to Christ. While many Christians earnestly seek to win souls to Christ, some lack that same enthusiasm when it comes to ensuring that new believers get the training needed to become fully mature in Him. This can result in some Christians falling back into their previous lives of sin. Therefore, The Journey and Destiny of a Christian is a great source of teaching for Christians who put their whole heart into winning souls but have never been taught how to keep those souls grounded in God’s Word and love.

I recommend this book for individuals seeking to understand God’s truth and how to live it in Christ and for churches and Bible study groups. It clearly shows what it means to be a Christian! 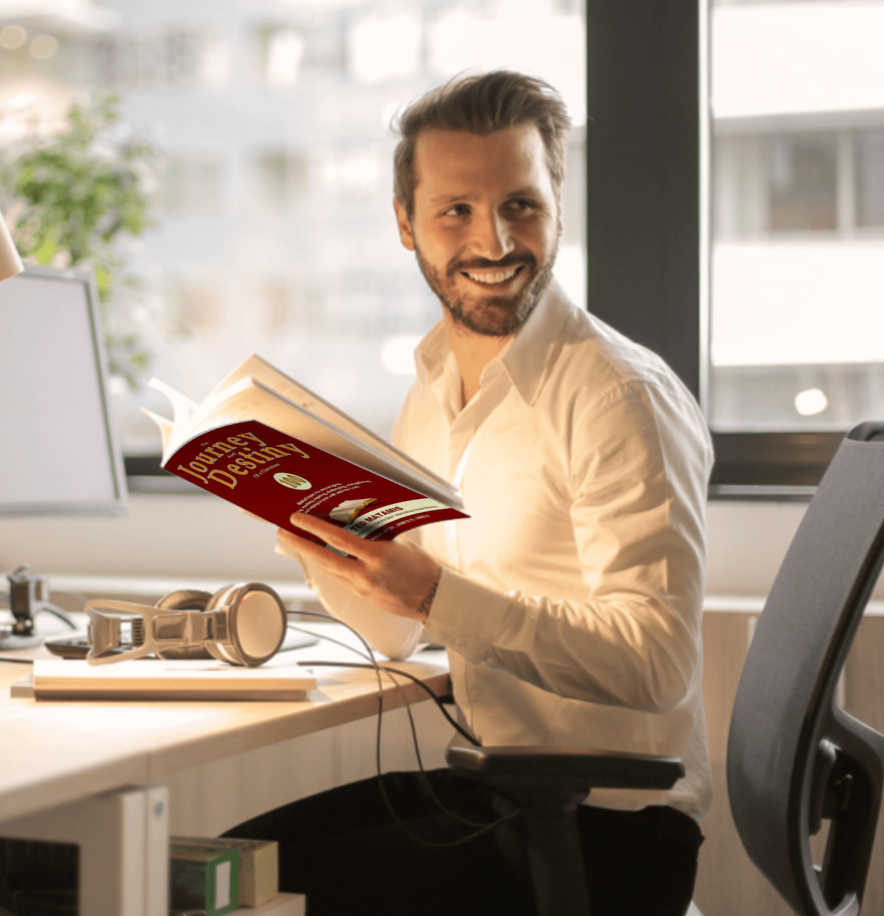 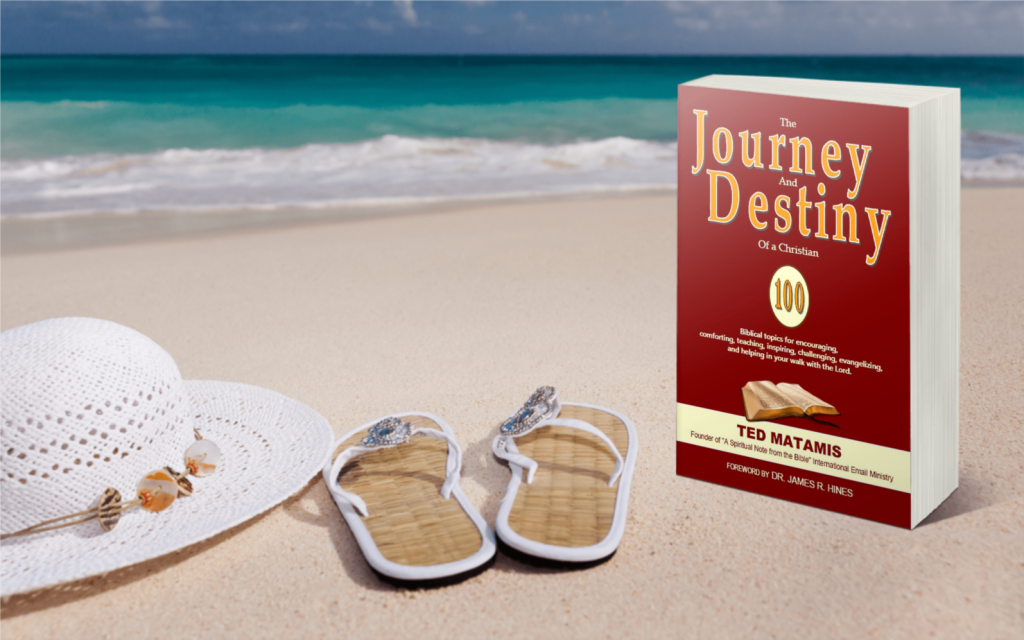 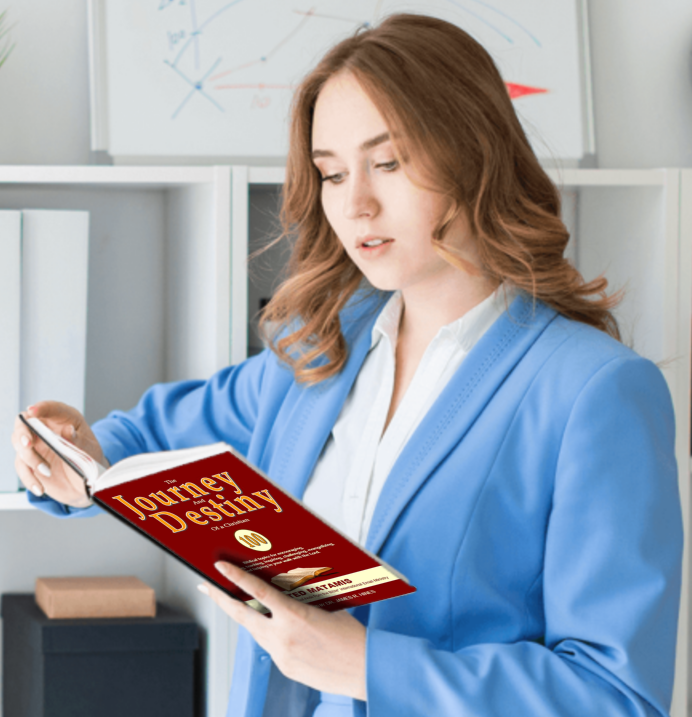 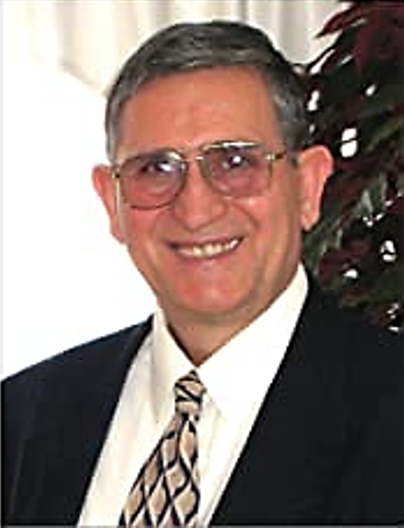 founder of the free International email ministry,
A Spiritual Note From the Bible.

Visit His Website:
A Spiritual Note From The Bible

Ted Matamis is the founder of the Internet Ministry, “A SPIRITUAL NOTE FROM THE BIBLE.” He began his ministry after his first wife unexpectedly passed away in 1996 from a heart attack before Valentine’s day. He comforted his children by email with short Bible messages, and over time it developed into a ministry that has helped people all over the world.

The goal of each message, that are comprised of different Biblical topics, is to encourage, comfort, teach, inspire, challenge, evangelize, and help people to walk with the Lord. It is called by many, “THE BEST EMAIL MINISTRY IN THE WORLD” and it’s 100% based upon the Word of God.  He and his current wife, Deanna work together with God to keep their ministry moving forward in Christ and to glorify God.

Ted was born in Greece and has a very interesting background. He received Christ after legally immigrating to America in 1970.  He is a Greek educator, author, commercial artist, and businessman.  He graduated from the Teachers Academy of Thessalonica, Greece and earned scholarships from two well known American Art Academies.

He studied six languages and taught ancient Greek of the New Testament. For many decades he faithfully and consistently served the Lord in several Greek and American Bible-believing ministries and churches. He taught and preached in Greek churches and on a Greek radio program in the Chicago metropolitan area.

Leave The Journey and Destiny Of A Christian For Home Page