A House Divided By Christ Can Define Your Commitment To God 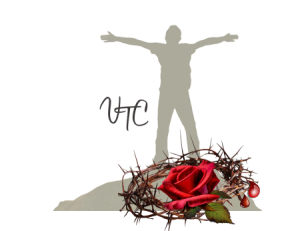 When there is a home with some of the inhabitants believers in Christ and others against the Word of God, there is going to be a “clash” between the two. Those against the Word will be fighting to have their own way, while the believers will try to get along for the sake of Christ–usually with the result of taking on the characteristics of the unbelievers in order to live in peace or out of frustration. Whichever way the battle goes, there is going to be strife and confusion.

A house divided with one side followers of Christ and the other side followers of the world is a difficult place for God’s Word to grow within the heart. Peace and joy cannot fully exist in the heart of the believer because there is going to be an eventual outward battle between both sides or a continual inward conviction on the part of the Christian who has sacrificed a portion of his or her beliefs and integrity to survive the experience with the least amount of resistance.

Whatever conviction does exist will continue to subside and eventually erode in order for the Christian to not feel guilty or badly about not living according to scripture. Many times the believer will say they will get back with God’s ways once they have moved (if this is not a marriage situation), but at present it isn’t possible. However, the situation may never change or when it does, the heart of the Christian will have already been damaged or tainted by the giving into worldly values.

A house divided can go another way, with the Christian in fear of losing his or her ability to be heard and to share the Word. They’re constantly worrying about how to live in peace and how to save the one’s in their midst who are against Christ. We’re told in the Bible not to have fear and not to worry. Instead we’re to walk in faith, praying for the unsaved who we know and then letting God work out their salvation rather than praying over and over again and stressing out over it. Living with the unsaved can make this wait impatient, rather than peaceful.

6 In nothing be anxious; but in everything by prayer and supplication with thanksgiving let your requests be made known unto God.

More aggressive or zealous Christians who desire to bring souls to Christ as if they were in the running to win a contest for themselves rather having a sincere desire for the message of Jesus Christ to be spread throughout the world can cause great stress and tension in a household. An attitude of pushing others into salvation by continually judging and chastising rather than spreading God’s love, is an abomination. Usually such people have no love in their hearts for anyone, and they give Christians a bad name, not to mention what they make Christ look like. However, they are out to prove their righteousness rather than realizing that they could never be good enough to be right with God on their own.

It’s only because of the sacrifice Jesus made for us that we can be right with God through Him. Their idolatry of self causes them to share an unloving spirit in the name of Christ to all who cross their path. I’ll say it again, no one ever earn favor or righteousness with God, it’s only because of who we are in Christ because of His work on the cross.

Children or teens who are saved should comply with the rules and beliefs of their parents or guardians until they are of age to live on their own. However, the exception to this would be if they are being abused by their parents or the parents are compliant to any abuse their children are suffering.

6 But whoso shall cause one of these little ones that believe on me to stumble, it is profitable for him that a great millstone should be hanged about his neck, and that he should be sunk in the depth of the sea.

Parent’s are to protect their children and keep them from harm and the possibility of causing harm to others while young and once they become adults. Any child or teen suffering from abuse needs to obtain help from a trusted relative, a teacher, minister or church leader. If that doesn’t doesn’t appear possible or safe, they can call a local abuse system in their area. To find one that will help get them into a safe environment away from more harm and possible retaliation from angry parents or relatives, see the national hotline phone number below.

Abuse Recovery Services Program Contact Information
If you, or someone you know is experiencing domestic violence call the toll-free National Domestic Violence Hotline at:
800-799-SAFE

The National Domestic Violence Hotline provides 24-hour, toll-free crisis intervention services, referrals to domestic violence and other emergency shelters and programs, and information about assistance networks and other resources to learn more about domestic violence.

Christian parents have a duty to their children to never allow them to grow up in a house divided. They should both be in agreement. If they are not, then the one who is a Christian must live God’s Word and allow His love to fill their home in faith that their spouse and children will be saved. God’s love can keep the division at a place where all members and love and function together in harmony.

A House Divided Concerning Men and Women Who Are Married

Marriage between a man and a woman who create a house divided with one living in Christ and the other following worldly values will have some form of conflict. How much depends upon how committed each is to their beliefs concerning church, the Bible, prayer, how they spend their time, what type of friends they have, their habits and vices, what they believe concerning sex and how they regard adultery and marriage.

Unless one spouse is completely compliant with everything the other partner does, Christian values can cause strife and aggravation, just as worldly values will cause frustration, anger, remorse for marrying a non-Christian and resentment that they won’t go to church or read the Bible with you. However, in a marriage situation one should not divorce their spouse because one is saved and the other is not. The Bible says that we should stay with the marriage partner who is unsaved and be in prayer and an example for the one unsaved to look to as a representative for God’s love and their salvation.

Read the short lessons below for more scriptures about marriage and how you can create a marriage if you’re having difficulty in your marriage.

For related short studies and articles on marriage success, walking in God’s love and more, go to: Marriage In Christ | Successful Christian Marriage.

It says in 2 Corinthians. 13:1 that in the mouths of 2 or 3 witnesses shall a thing be established. Here are more verse concerning a house divided:

25 And if a house is divided against itself, that house cannot stand.

Who Are You Going To Follow, God Or Your Relatives, Friends and Family?

Mark 10:28-31: Then Peter began to say to Him, “See, we have left all and followed You.” So Jesus answered and said, “Assuredly, I say to you, there is no one who has left house or brothers or sisters or father or mother or wife or children or lands, for My sake and the gospel’s, who shall not receive a hundredfold now in this time–houses and brothers and sisters and mothers and children and lands, with persecutions–and in the age to come, eternal life. But many who are first will be last, and the last first.”

Prosperity preachers teach that Mark 10:28-31 refers to receiving a hundredfold return on giving to God in order to trick people into sending them large sums of money.   As I drew closer to God I came to see these verses’ true meaning.  The Gospel of Jesus Christ can separate us from the very people we love and who have the most meaning to use. While we don’t want to lose those who we love, we must choose Christ when we are forced to choose between Christ and specific people that we love but who do not respect our Christian beliefs and work at pulling us away from Him by their actions, words and temptations.