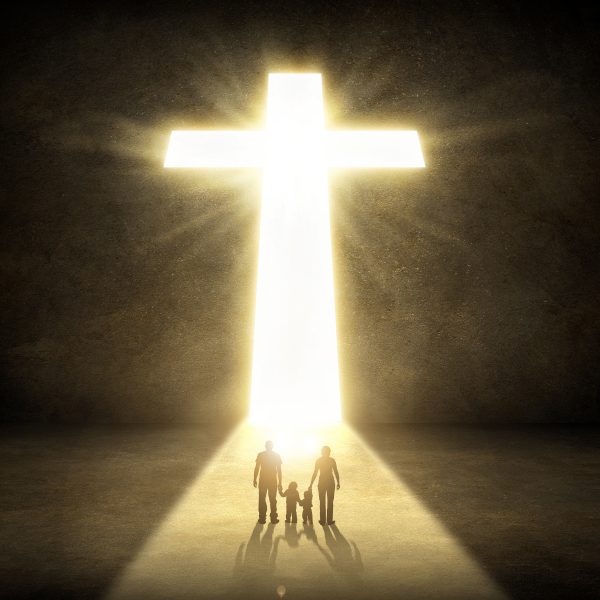 I grew up with parents who were complete opposites when it came to scriptural healing, and even medical healing.  My mother was sick every day.  She was often frustrated because her doctor rarely found anything wrong with her.  She demanded many times for him to give her a diagnosis of her illnesses, so he would give her vitamin shots and other miscellaneous health products she could have picked up at the local drug store for less money.

My father was considered the member of our family who wasn’t going to heaven.  The family members judging him were the pillars of our family church.  They were also the ones who were pious on Sunday at the front of the church, but the rest of the week they bragged about the people they took advantage of in business.  They were cruel and unjust people who did despicable and even criminal things, but their leadership in the community, their positions in our family church and the money they possessed made them powerful to get away with anything.  Yet they were sure my father wasn’t going to heaven.

As a quiet and pensive child it was easy for me to see the truth about who was going to heaven.  I knew it was my father who spoke little about God aloud, but in secret he shared stories with me about seeing angels that had saved his life while almost drowning and when he was hit by a car while riding a bicycle.  Those experiences taught him that God is always watching over His children who believe and trust in God, which he did.  He grew up trusting God for good health and healing daily.

My father taught me about healing in secret because my mother wouldn’t allow teachings that spoke of her living in good health.  She needed her illnesses to control and manipulate people.  While I enjoyed my father’s teachings, it was more how he lived his life that taught me that his words were true concerning scriptural healing.

My father began each day whistling while getting ready for work.  He whistled on his way to work and he always said that he believed he was in good health and he was.  The one time he was ill, he assured me of a speedy recovery and it happened.  His life and words taught me that God is our healer and protector.

With parents who had opposing views on the subject of God’s deliverance and healing, it was a no-brainer for me.  I took to my dad’s way of life because he was filled with God’s love, joy and peace.  My mother used her illness to manipulate, cause emotional pain and to get what she wanted from others no matter how it might hurt them.  She was a very unhappy person.

I wanted to be like my dad!  Because of his teaching scriptural healing to me as a child, I was able to look to God on my own for healing.  God has healed myself and my husband and children over the years of whatever we’ve asked of Him in prayer.  Because of my father, I found myself regularly teaching scriptural healing to my children as if it were a natural part of life.  For Christians it should be.  I’m not sure if this would have happened if my dad hadn’t taught me about God’s healing power.  He could have just let me follow my mom’s path, but by the grace of God I had a father who gave me one of the most important gifts a parent could give their child second only to salvation–SCRIPTURAL HEALING!

If you have young children, teach them to trust God for healing and then live that truth to further impact that teaching.  If your children are already older, then teach them with your life and positive words concerning God’s healing power.