Jesus Will Pick You Up From Where You Are Today 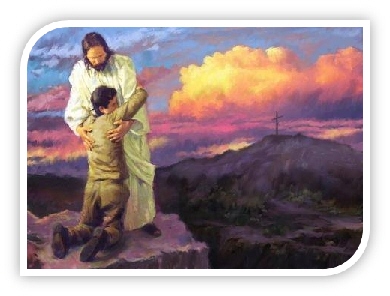 And Restore Your Life!

While I had specific problems due to childhood abuse, those issues are not the crux of this discussion; helping others heal from childhood abuse using God’s Word is. I have described my situation below only to demonstrate how abuse can affect a person’s life forever unless the light of God’s Word can overcome the darkness in a specific way.

Abuse from childhood can cause much harm to the human soul but with the right information put in simple terms, anyone can be healed if they are a believer of the Word!

The Miracle Of Recreation

My husband and I both suffered from childhood abuse.  When we first met we seemed fine, but after we were married, we found our union to be explosive.  Over the years we came to realize our problems were caused by the childhood abuse we both suffered.

We looked to the Word of God for healing, but we found that healing from physical issues was much easier than than receiving healing for the wounded soul.

Once we learned what to do and had reached a point of recreation in Christ and in our lives, we realized that somehow we needed to share our information to help others receive healing from this insidious condition much sooner than we did.  I’ve shared my story below.  It’s only important in terms of whether or not it may help you identify with childhood abuse.

Most of the relatives who had caused my abuse are no longer alive, but for them and those still living, I have forgiven each one and desire for their repentance of hurting others so that they will no longer victimize another person, and realize forgiveness from our Heavenly Father.  Forgiveness is key to healing for the sake of the victim, not the perpetrator.

My abuse was mostly emotional and mind debilitating.  My mother was the center of my abuse but there were other family members who joined with her.  In our family there were 2 types of  members;  Those who were strong (cruel), and those like myself and my father who were weak (did not fight back against the cruelty).

The weak got eaten alive! My mother used sickness to control me ever since I could remember.  She was always upset that her doctors couldn’t find anything wrong with her.  I realized some time into my childhood that she was never ill until I expressed a thought that was different than hers, such as the belief that all races were equal.

If she found out I had a friend that was black, for instance, she would begin screaming that I was a horrible Christian.  When I said that God loves everyone, she accused me of causing trouble.

Sometimes she would fall to the floor unable to breath, accusing me of being a horrible daughter.  I also learned at a very young age that it was best not to speak about almost everything, so I had stopped talking to just about everyone except a few people I could  trust.

When I became a teenager, the situation became worse.  I couldn’t even say that I liked a person she was against.  I couldn’t like relatives that she hated and that was just about all of them.  I learned to keep a silent world because it was safest.

I decided to never give up my beliefs, but keep them to myself, because sharing them caused me to be bullied by family members. They called me ugly, a freak, worthless, stupid and a failure who would never amount to anything of worth, just to get a rise out of me, but I never flinched.  I remained stoic to their games of emotional torment and remained quietly firm in who I was.  Yet, later in life, and as an adult, I found myself believing their lies.

My ability to overcome their cruelty by shutting out the world had wounded my soul deeper and deeper without my realizing it.  It was a means of safeguarding and protecting who I was in the only way I knew how at the time.  But as I turned to God for recreation or my soul, I felt Him assuring me that in time I would be able to express and share the truths I was quietly learning about Christianity.

Healing and Everyday Living With Jesus

That encouragement God gave me set me free.  I felt as if God and I were working together as a team with the goal of outwardly becoming who I was at the core of my being.

At that time, I was shy and rarely spoke.  When I did, I stuttered.  I had a distorted view about people, but God assured me that I would be healed of all of this and showed me a glimpse of who I would eventually become.

Now, just to be clear, God didn’t cause my stuttering or my asthma.  I had contracted them as a very young child before I had begun a regular communication with God.  Eventually I spoke with God and Jesus everyday because they had become my friends.

I knew God loved me unconditionally and I needed that.  But He knew that I didn’t have the faith or even know what faith was then to be healed of it.  He showed me what I would become and come to know.  I held onto that and built my faith for a new life which later led to my healing of both asthma and stuttering.

Healing and Everyday Living With The Living Word Of God

While my childhood was very difficult, it was only mild compared to what many adults have suffered and what many children are suffering now.  We can prevent further harm and abuse to our souls and our children by speaking God’s Words to our family members as well as to ourselves.  God’s Word will build up the soul and mind to believe what God says about us and not what our abusers say.

Whatever damage has been done to you, God will heal you through His Word which gives life!