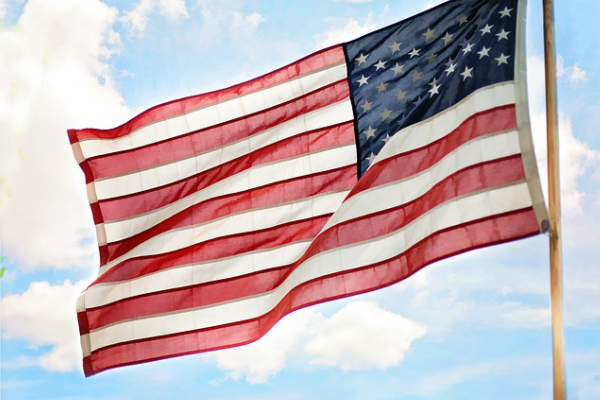 AMERICA WILL BE GREAT AGAIN!

Once again, America and Christians are linked and ready to make America great again as a country of value, peace and strength in Christ!

I think many Christian Americans were surprised at the answer to our united prayers that America would once again become a nation under God. I know I was. I would have never expected that Mr. Trump would run for the office of the President of the United States with a platform promising to not only make America great again, but to give Christians a voice. We’ve been stifled for years with political platforms that work at keeping Christian values at bay while greed, lawlessness and the disrespect of God and country grow rampant. This certainly has not been the best environment for proclaiming the Gospel of Jesus Christ.

But along comes a man whose good qualities have been overshadowed by more of an “entertainment personality” than a man of great wisdom and faith in God. While I had noticed changes in his life and behavior over the years from news events, I never pictured him as a man to lead the US out of the frightening chaos and danger our current government has placed us into.

There are now many protests, ugly statements, violence and threats because our new president elect is already in progress for making American great again. This is only the voice of evil when it loses, but it will soon become lost in the newly reclaimed freedom our country will soon experience.

We Have Much To Be Thankful For In American

The US has much to be thankful for this Thanksgiving holiday. God has raised up a man that will work with Him to not only restore Christian values, but to further the empowerment of God’s Kingdom to spread the Word of Jesus Christ. Whether you’re an American or not, thank God today! US citizens be thankful this coming Thanksgiving Day that God has saved our country from a greater decline of Christian values, morality and prosperity. Christian friends, we all should live the abundant life that Jesus promises in John 10:10.

If some of you feel that Trump is not good enough to be used by God, remember that God looks at the heart of men and women, not their past or mistakes when they’ve gone before the Lord and asked forgiveness. I don’t know personally if President Elect Trump has asked God for forgiveness for his mistakes and wrong attitudes, but I do know that I have seen change in this man over the years as he has drawn nearer to God.

God has raised up many of his people from their mistakes to places of great empowerment for His plans and purposes. There is Abraham, King David and Paul from the New Testament to name a few. Paul was even a murderer against Christianity. So when you judge those who God has chosen to lead, look deeper into the will of God and then pray for them so that they will remain close to God for His guidance and will to be done. Pray for their safety and protection.

We Should All Forgive God’s Way To Avoid Unanswered Prayer

Why Are We Still Here, Just To Suffer?

Warning! Not Knowing How Christians Should Forgive…